The missing piece of the lamb puzzle

Lamb producers are well placed to enjoy a strong second half of 2021. Our mid-year outlook report highlighted favourable seasonal conditions and the COVID-19 recovery as key drivers of an optimistic outlook for the industry. While there are plenty of great signs, a recovery in demand from the Middle East is still missing to complete the positive outlook.

How do lamb exports to the Middle East compare to other major markets?

The decline in exports to the Middle East in the last two years has seen the percentage of Australian lamb exports to the region fall from 25% in 2019 to 13% in 2021. 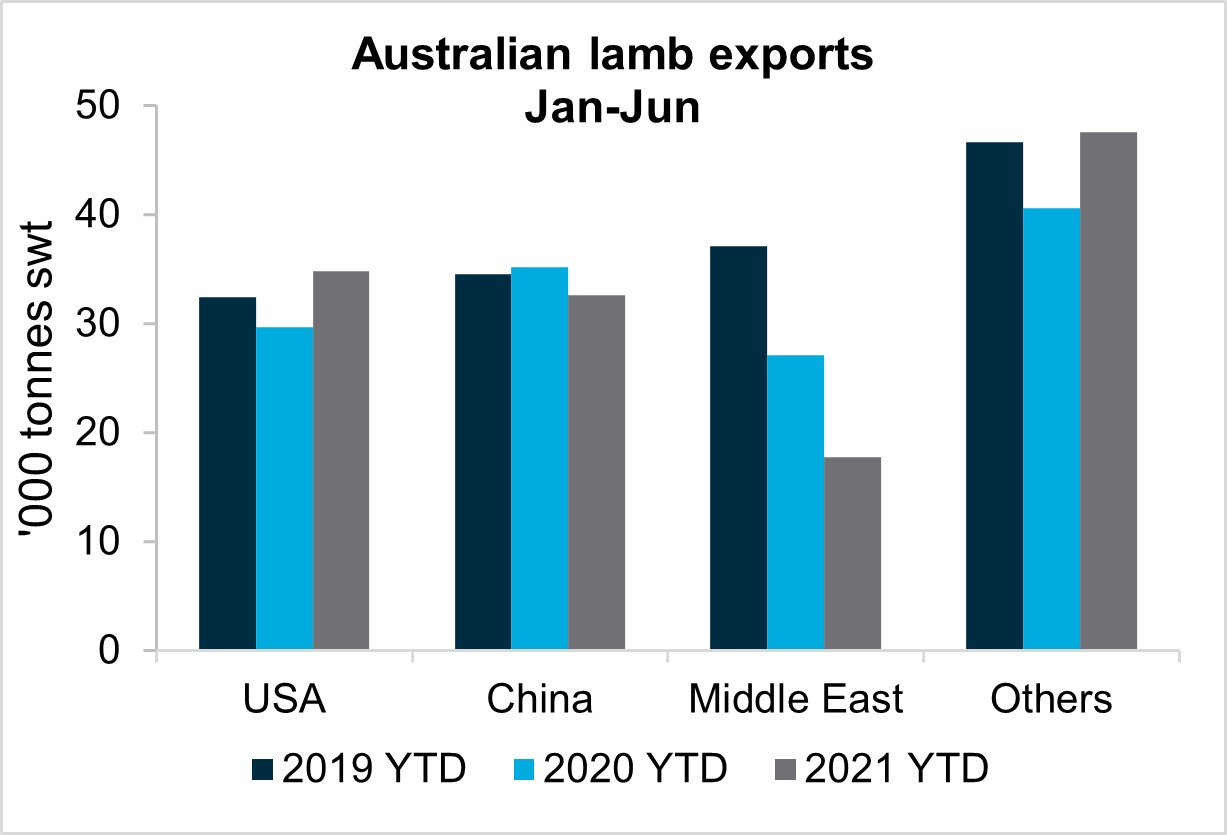 Source: Department of Agriculture, Water and the Environment

What’s behind the decline in exports to the Middle East?

The initial cause of decline in exports to the Middle East, aside from reduced Australian production in 2020, was the impacts of COVID-19. These impacts included reduced oil revenue, a lack of tourism and reduced air freight capacity. Exports have remained subdued into 2021 as an ongoing lack of international travel has kept demand weakened.

Other notable declines in demand in the last two years include Iran and Jordan. Lamb exports to Iran have been non-existent in the last two years after accounting for 13% of exports to the Middle East in 2019. Exports to Jordan in the first half of 2021 were 66% lower than 2020. The decline in volume to Jordan accounted for 30% of the overall decline to the Middle East so far this year. 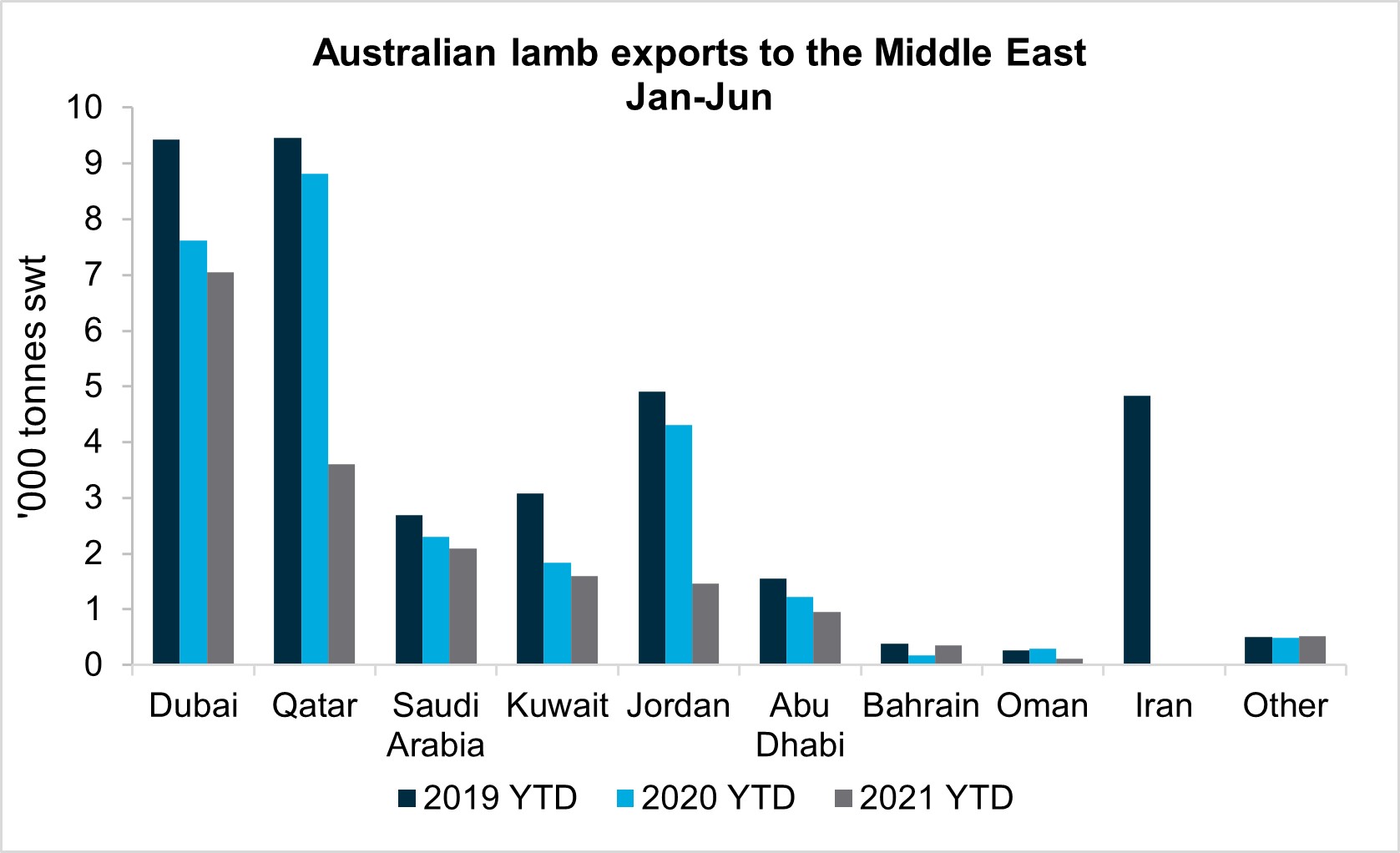 Source: Department of Agriculture, Water and the Environment

What does this mean for Australian lamb prices?

Subdued demand from the Middle East is a factor weighing on lamb prices as demand from other key markets is recovering. But while this isn't great news for current prices, there are a couple of positives from the current situation.
Firstly, prices have performed very well in the last 12 months even in the midst of weakened demand from a key export markets. This indicates the strength of demand in other markets, including some emerging markets such as Hong Kong, Taiwan and Papua New Guinea.

Secondly, an eventual recovery in Middle Eastern demand would give a boost to already strong lamb prices. The resumption of international travel is the key factor required to improve demand. However, demand may not fully recover to 2019 levels, particularly with Qatari demand set to remain weak.

A recovery in Middle Eastern demand will be a key factor adding to an already favourable outlook for Australian lamb producers.